Lefkada, an emerald pearl in the Ionian Sea

We like to end like the beautiful and unspoiled island of Lefkada, ideal for those who prefer tranquility in contact with nature, but at the same time do not disdain socialites and entertainment. Lefkada is located in between the islands of Corfu (north) and Kefalonia (south), and it is connected to the mainland by a drawbridge greek of about 50 meters. This beautiful island is surrounded by 120 km of coastline and clear waters with colors ranging from turquoise to deep blue. Much of the island is covered by green mountains with ancient mountain villages and stunning scenery. The presence of pine, cypress, strawberry trees, oaks, plane trees and olive trees makes is considered one of the wildest islands of Greece. The combination of sea and mountains make it an ideal destination for a holiday of nature and relax, which is why, year after year, the island is becoming increasingly popular destination tourism Italian.
The most popular area is to Nidri that thanks to numerous recreational facilities, its marina, taverns, rooms and restaurants, is able to give a fun and exciting for both families couples and young people.

Lefkada is characterized by the presence of numerous beaches and bays within easy along the main thoroughfare that forms a ring of about 100 km around the island. The western part, the one that looks towards Italy, was formed after a landslide and has a wild and pristine. It is distinguished from the rest of the island due to the presence of rocky coasts and long white beaches that contrast with the emerald sea, creating a natural setting of extraordinary beauty. Among the most beautiful beaches include: Aghios Ioannis, Pefkoulia, Kathisma, Egremni and Porto Katsiki. The southern part, that facing Ithaca and Kefalonia has beaches of extraordinary beauty among which we like to indicate: Agiofili , Amousso and Mikros Gialos.
The eastern part of the island is more gentle and mild, and is characterized by coves sheltered from the wind, small beaches surrounded by greenery, picturesque harbors with shops and taverns.
Also on the east side, there are the small and enchanting islands of Skorpios, the island of the Onassis family, Madouri, Meganissi, Kalamos and Skorpidi. Many of these are reach with a memorable boat trip .

Lefkada is the name given by its promontory to the south, Cape Lefkatas, with white and prominent rocks where, according to tradition, threw the poet Sappho when Phaon rejected her love. Cape Lefkatas was the terror of the ancient sailors and mentioned already Homer as the entrance to the underworld. On this Cape there was the temple of Apollo replaced in modern times by a lighthouse. 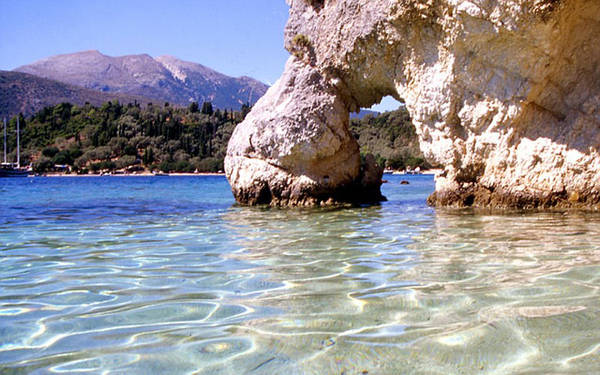 Lefkada was already inhabited in the Neolithic period. Several excavations have unearthed remains of the Mycenaean demonstrating links with the people with the kingdom of Mycenae.
The identification of Lefkada with the Homeric Ithaca was a point of dispute among researchers. Archaeologist Dorpfeld , based on the text of the Odyssey, identified the Homeric Ithaca in Lefkada today and put the palace of Odysseus in the Nidri, even if the searches have not given until today confirmations.
In the fifteenth century Lefkada was under Turkish rule. Because of its geographical location was the center of the pirates of the Ionian Sea and its area one of the most dangerous for navigation.
In 1684 the Venetians conquered it and remained there until the end of 1800, the period when the island experienced relative peace and security. At the end of the eighteenth century Venice was now in decline and the island passed into the hands of the French. Later he came under the protection of the Russians.
During the conflict 1809-1815 the Ionian islands fell under the rule of the British. But the differences between the inhabitants and the British ended the revolt against foreign opponents. For 50 years the island lived in peace, and were built bridges, roads and aqueducts. 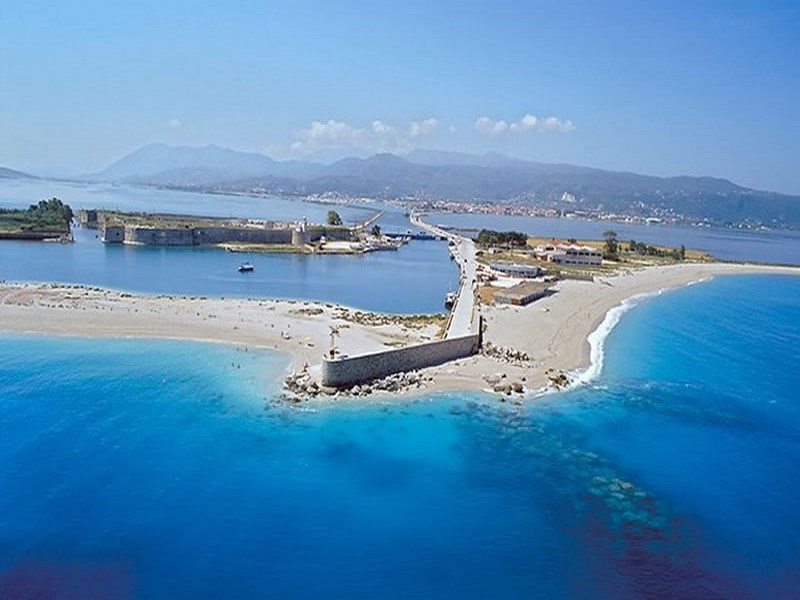 In the nineteenth century the island was shaken by violent earthquakes, the most dramatic in ’48 and in ’53. During the Second World War Lefkada was under the rule of the Italians who attempted to annex the island, away from the central government in Athens, but to no avail.
After 1960 began the improvement of the island with its peak in 1978 when the movement of tourists brought new life on the coast. New settlements have been established on the east coast and in the summer the island is full of life.
Lefkada is no longer the almost unknown island that I visited for the first time twenty years ago, when Corfu was the most popular of the Ionian Islands. Today, the earth and the sea, Lefkada the most popular of the archipelago. A road network increasingly widespread, allows guests to conveniently close to many beautiful beaches, once hard to reach. Besides a modern and large marina it attracts many boaters, who sometimes show little respect for the sea that hosts them. Lefkada island is still very enjoyable even in the high season and looking a little, there are still magnificent situations. And if we take a cruise on a sailing boat and you move away from the most popular places, you are reached long, deserted beaches and pristine coves and cliffs where nature remained wild.